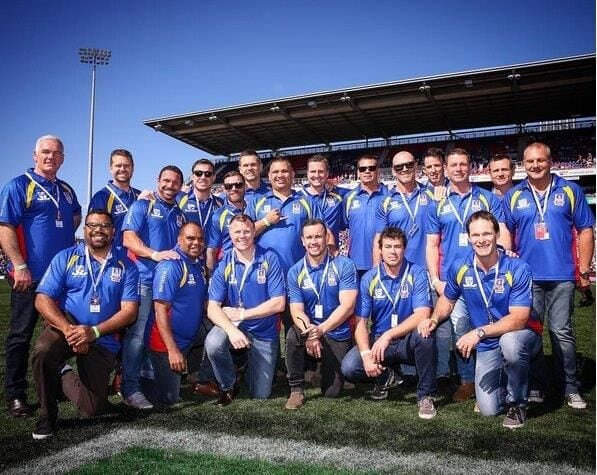 This year, for the first time, the Once a Knight Old Boys were invited to officially play a key role in the Knights 2018 community launch.

The Old Boys, proudly showed off their two Premiership trophies from 1997 and 2001, took photos and signed autographs for several hours, engaging with fans young and old.